The Music Hall,
which is in no thing,
but makes use of everything
gestures, sounds, words, screams, light, darkness,
rediscovers itself at precisely the point where
the mind requires a language to express its manifestations.
To break through language in order to touch life is to create
or recreate the Music Hall.

How I would have loved to live in the days of the music hall, to see how my ancestors entertained, to of visited the madness of backstage.
To pay my shillings at the box office then watch the stage come alive as the theatre roars in laughter and fills with song.
We all know the magic that the theatre brings, the excitement, the emotions, the power of song as the orchestra fills the hall with the most beautiful soul touching music. To feel that feeling, which I can’t put a name to, as the audience rejoices in a standing ovation, hands clapping together, joined in the magic that only the theatre knows.

When my Nan, first told me that her family had worked and lived for the music hall, I was filled with delightful pride and a beautiful magical vision of how their lives would have been. I didn’t even begin to understand how hard their lives must have been, especially while bringing up a family. It is only now, when my Nan speaks of her Father being brought up in and around the music hall, how hard it was for a child, that I’m beginning to understand, how hard life must have been. It wasn’t all peaches and cream, glamour and elegance. But still with those thoughts playing havoc with my mind and my rose-tinted illusions of how their lives once were, I’m still extremely proud of their dedication, their achievements and their lives, especially the life of Eleanor Mary Willats nee Kirby.

As promised I’m going to share the little I know about the Music Hall career of our very own,

As you may have read Eleanor Mary Kirby aka Nellie Montague was born on the 6th January 1881 in Islington, Middlesex, England.
She was the daughter of Alfred Kirby and Susan Mary Laden.
You can read all about her life as Eleanor, here and here.

The first newspaper article I found for Nellie is on the, 4th April 1900, in The Islington Gazette. Nellie and her husband Harry Willats performed at, The Moray Arms, Durham Road, Holloway, Islington. 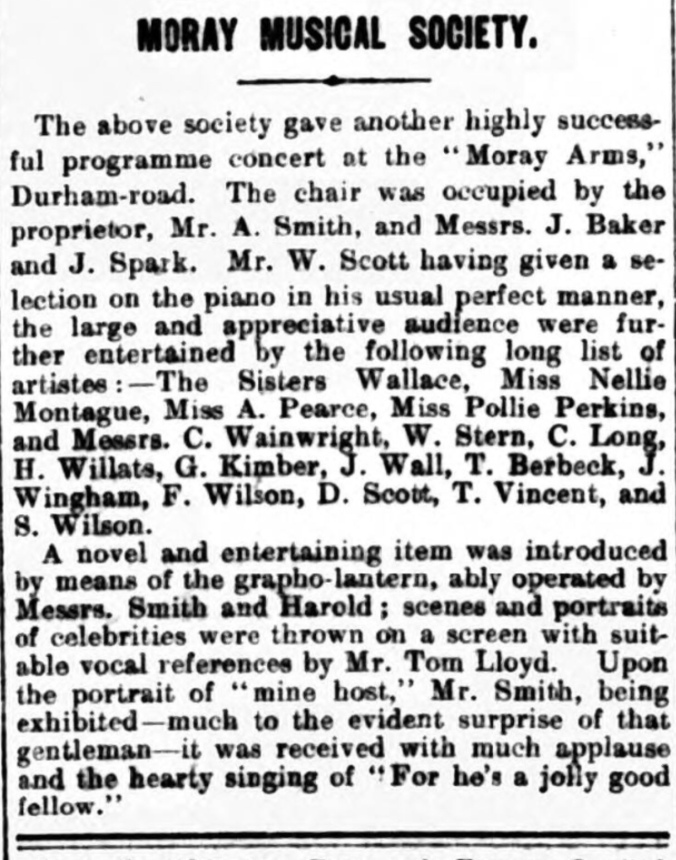 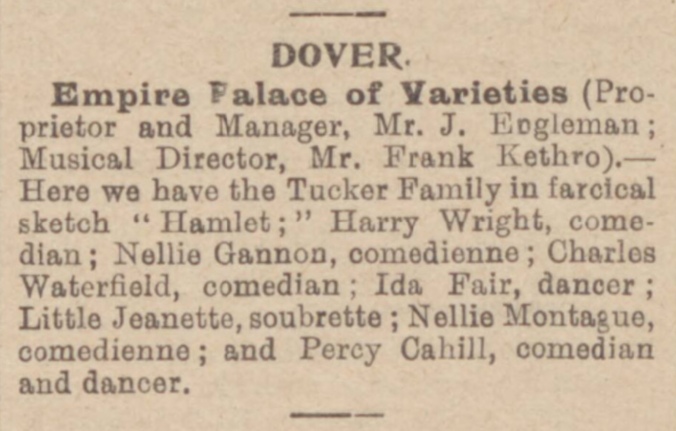 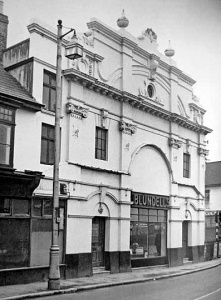 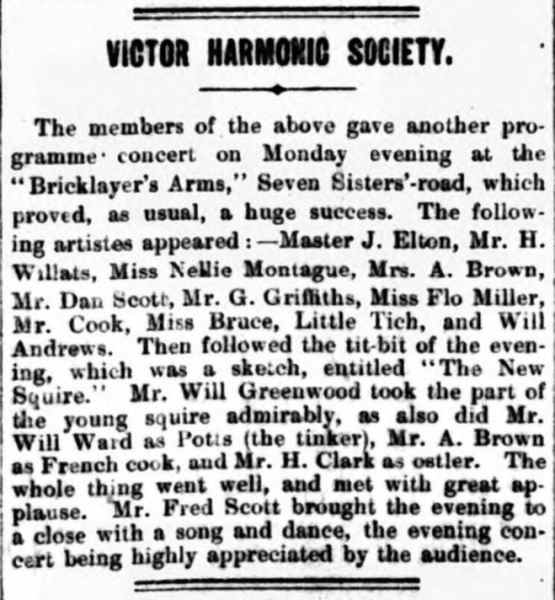 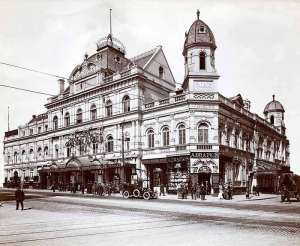 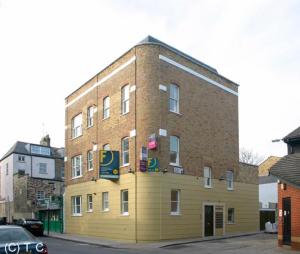 Nellie Montague, a versatile comedienne, was a general favourite. Her rendering of “She ued to be the queen of our court” elicited vociferous applause. 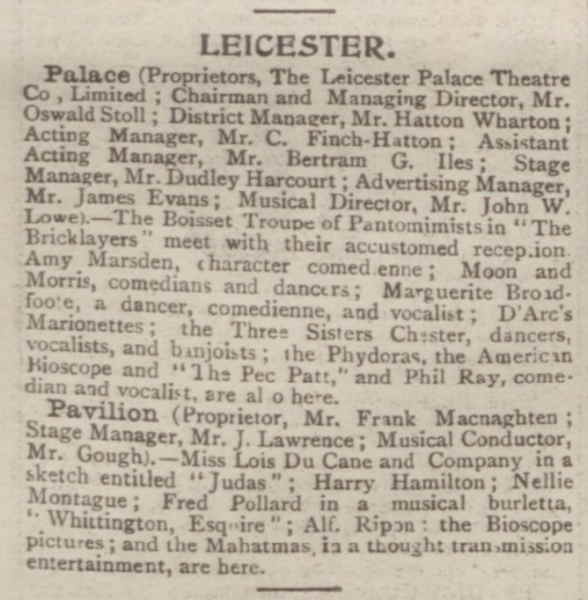 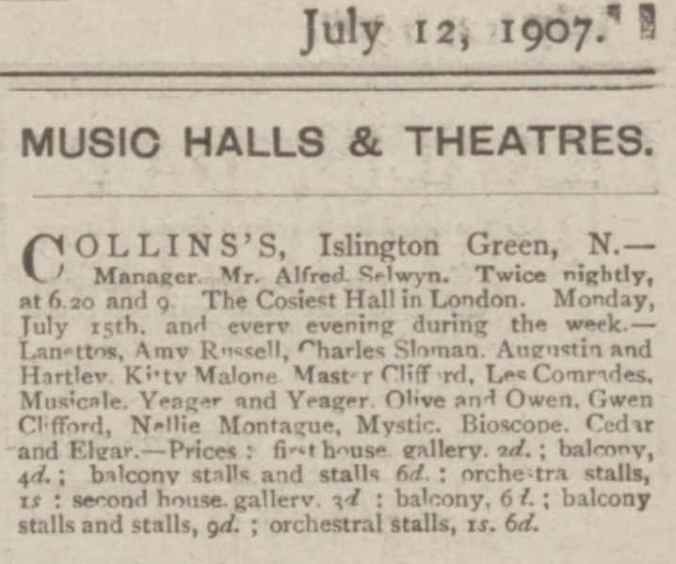 Nellie Montague, scores in her coster song,
“The Queen of our court” 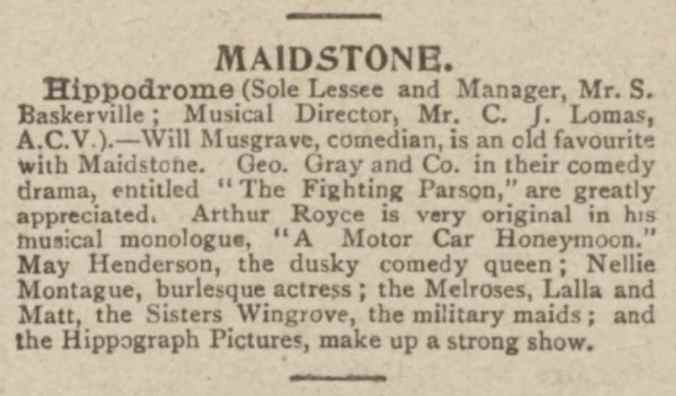 Miss Nellie Montague, with a budget of chorus Songs and Harry Willats, Comedian and actor-vocalist. 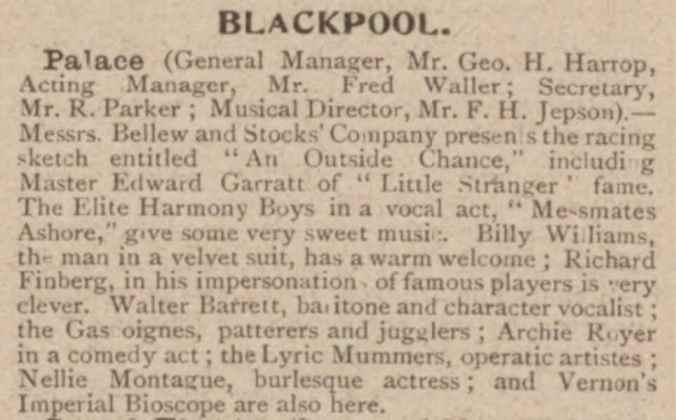 Opening of the Aston Hippodrome – 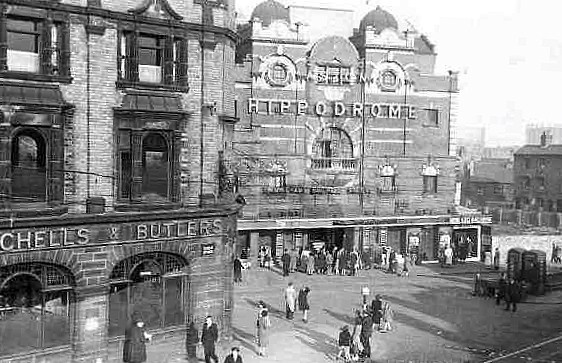 🎭 The Music Hall And Theatre Review – Her Own Home. 18th December 1908 – Nellie Montague, performed in, My New Home, at St Helen’s Hippodrome. 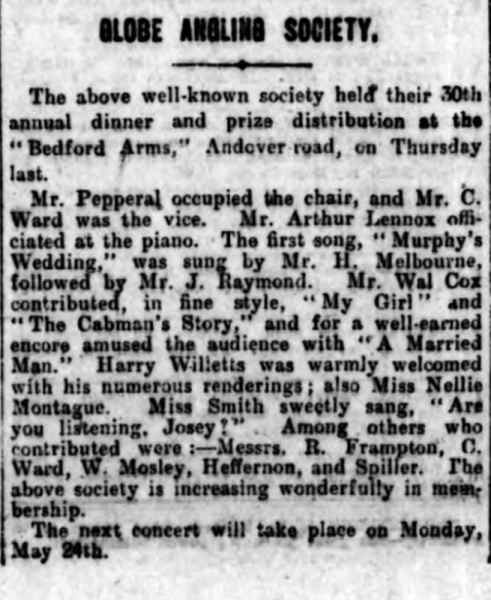 Nellie Montague, serio and burlesque actress in a budget of songs scores a great success.

We jump ahead a few years to 1916 and the last newspaper article I can find at the present. Of course I will keep hunting for more. 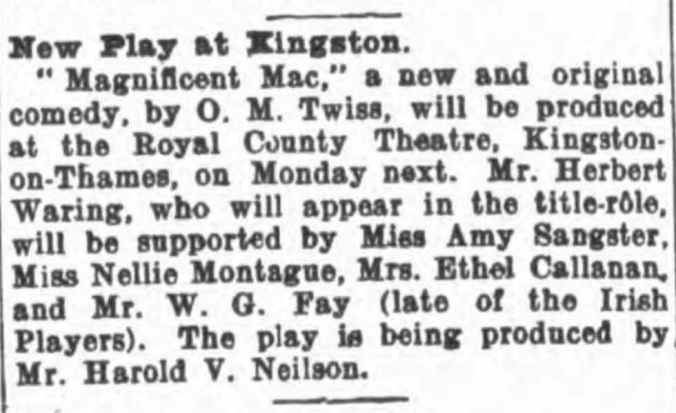 My Great, Great-Granny Eleanor/Nellie, will always be in my heart, she will continue to fascinate me I’m sure until my dying day.
I hope she has won a little piece of your heart to and that her show will go on a little while longer.

I would love to hear from you, if you know any more about her, no matter how small.
Or if you have the photograph of her that belonged to her son Reginald Willats, which was given to her other son Harry Richard Thomas Willats aka Dick Montague by my Nan.
I would so love to get a copy back to my nan and for me to be able to finally see her face.
Or if anyone has come across a photo or a program from one of her performances, I would be entirely grateful to you.

Have a wonderful week and hope to see you next week when I’ll tell you all I know about my 4th Great-Grandad Charles Rudgley.

...just a simple guy addicted to crochet and knitting...