Have you ever felt really close to someone,
So close that you can’t understand why
you and the other person have two separate bodies,
two separate skins?

My maternal Great-Grandparents love for each other wasn’t just a love of the heart but a love of the soul, an eternal love, a love unbreakable even through death.
Their names were Reginald George Wilfred Willats and Eileen May O’Connor and I truly believe that they were, one soul inhabiting two bodies.
If you think about it,

“We were given, Two hands to hold.
Two legs to walk.
Two eyes to see.
Two ears to listen.
But why only one heart?
Because the other was given to someone else, for us to find.”

I’m a strong believer in soul mates, in that One True Love. That from across a crowded room, you can feel that pull, a connection to a person you may never have met, a pull, so powerful there is no way of explaining the connection and feeling.
I also believe that only a few people truly find their One True love, their soulmate, or should I call it the missing piece of their soul.
Life has a funny way of keeping these souls apart but I do believe that even if you don’t find that person in this life that you will in another and you will finally understand what it is like to feel truly complete. Trust me it’s a wonderful feeling.

My Great-Grandparents were extremely lucky to find the missing piece of their selves in each other. A love that filled every empty space around them, it consumed their hearts and pumped through their veins.
And that’s why my last, “52 week Ancestor” post is not just about one person but two, one soul that inhabited two bodies.
I’m going to write about their life’s in three parts. Part one, this weeks post will be about their lives from birth to just before they married and next weeks post will be about their life’s together, from the day they tied the knot, through to the day they lost each other through death, to the day they once again become one at the end of their earthly journey. Part three will be be about family memories of these two incredibly beautiful souls.

Let’s start our journey with Reginald, who was known as Reg. 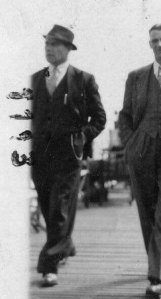 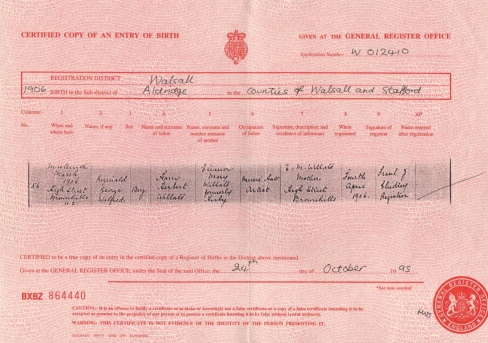 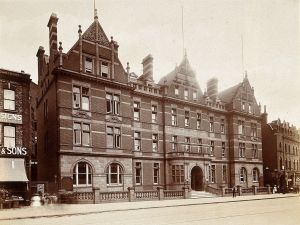 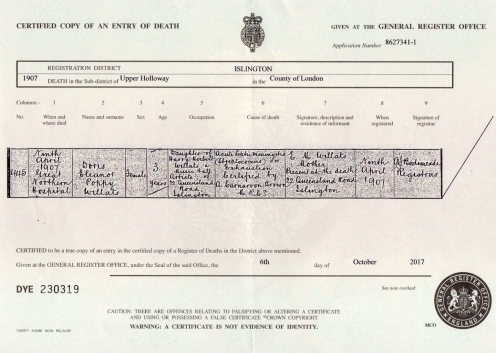 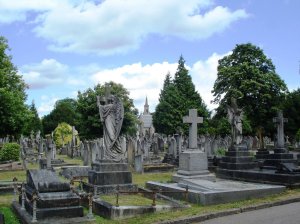 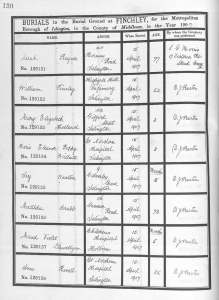 The 1911 census was taken on the 2nd April 1911, Reg, Eleanor and Harry Aka Dick, were residing at, Number 16, Springdale Road, Stoke Newington, London, which was a four room dwelling.
Eleanor is listed as married for 12 years.
She has had three children, 2 living and 1 which had died.
Reg and Harry’s Father, Harry Herbert, wasn’t with them!
Harry Richard, Eleanor and Reginald, have a one year old, nurse child, Bertram Gorier living with them. I wonder what the story behind that was? 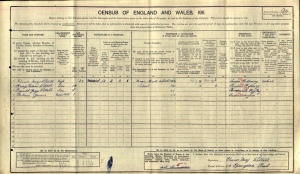 Reg and Harry’s, Half Brother, was born on the 8th November 1912, at Number 45, Chapel Street, Chesterfield, Derby, England.
They named him, William John Herbert Willats.
Harry’s Father Harry Herbert, is named as the Father, a Music Hall Artist and his Mother is named as, Helen May Willats formally Hobbs. Ellen/Helen registered Williams birth on, November 28, 1912.
William would go on to marry Olive S Waterman, at Bournemouth, in the October-December quarter of 1942. 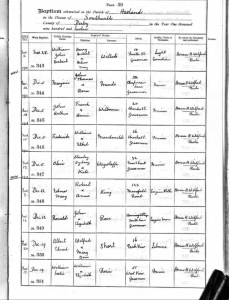 In January 1915, Germany attacked Britain from above, carrying out around 50 zeppelin raids in three years. Though the dead and injured never passed 1,500, the bombings caused panic and hurt morale.
Reg probably learned to hate moonless nights when the German’s would launch deadly bombing raids on the region as life changed beyond recognition. 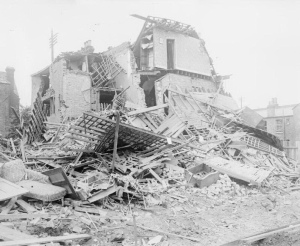 In November 1916, soldiers stationed in London took calls from the coast: “Take action: Zeps approaching London.” Within an hour, German air machines, Zeppelins, dropped bombs on both military and civilian targets. From January 1915 well into 1917, bombing raids occurred when the moon was hidden from view. “Dark periods,” the British called them, when they were sure to be bombed. One man described looking up and seeing the Zeppelins “floating along blotting the stars out” in the darkness. By the end of 1916, the Royal Flying Corps (RFC) was able to shoot down many of the aircraft, but the Germans responded by simply flying higher than the planes could reach. British citizens sought shelter wherever they could. Many Londoners took their children into the Underground where they laid blankets on the floor for them to sleep. The Zeppelin bombings marked the first air strikes against civilians, earning them the nickname “baby-killers. 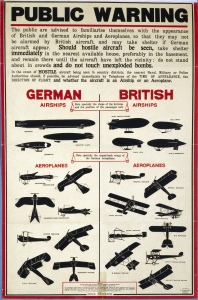 Life had to continue and Reg and Harry’s, second Half Sister, was born on the 19th March, 1915, at Number 57, Park Lane, Stoke Newington, Middlesex, England. 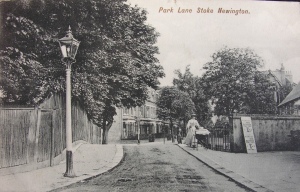 They named her Evelyn Violet Kathleen Willats.
Ellen was named as Helen Willats, formerly Hobbs.
Harry Herbert, was working as a Music-hall Artist.
He registered her birth on the 15th April 1915.
She would later marry, Sidney Alfred Ash in the June Quarter of 1942 at Poole, Dorset.

Reg and Harry’s, Twin Half Sisters, Nellie May Poppy Willats and Lilian Maud Alice Willats, were born on June 10, 1918, at number 66, Regent Road, Morecambe, Lancashire, England, to Ellen May Hobbs, age 25, and Harry Herbert Willats, age 41. Harry Herbert, was working as a Music Hall Artist. He registered Nellie’s and Lilian’s, births on the 10th June 1918. Lilian was born at 7.30 am and Nellie was born at 8.15am. 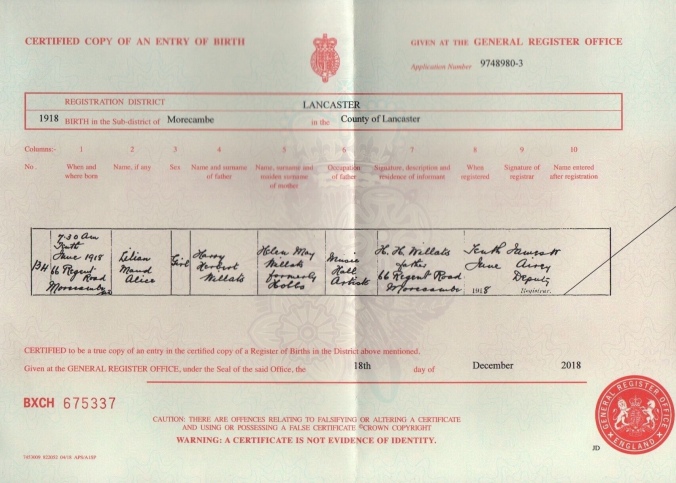 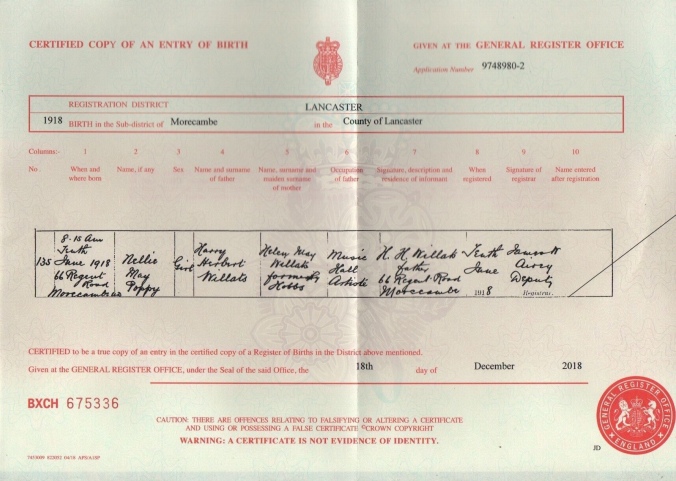 In the September quarter of 1924, in the Thanet district, Reg and Harry’s Half Brother, Kenneth A J Willats, was born.
He later married, Doris M Smart in the June quarter of 1948, in Poole, Dorset.

Reg and Harry’s Mum, Eleanor Mary Willats Steele Nee Kirby, aka Nellie Montague, died on the 2nd June, 1925, at Number 59, Spencer Road, Stoke Newington, London, England.
She died from, Cancer of the Liver and Asthenia.
George Herbert Steele her common-law husband registered her death on the 2nd June, 1925. He is named as her husband on Eleanor’s death certificate. 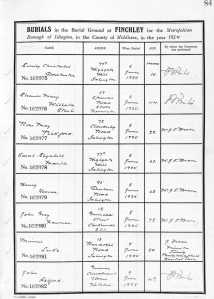 Followed by his Fathers death a few years later.
Harry Herbert Willats, died on October 17th, 1929, at the, Royal Northern Hospital, Islington, London, England, when he was 52 years old. 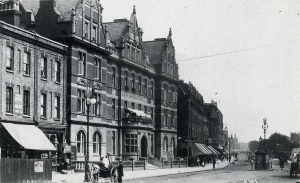 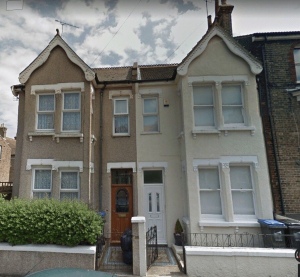 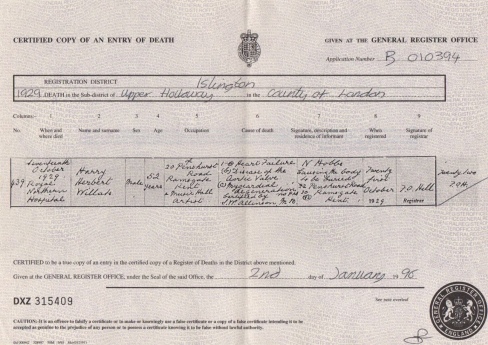 Reg and his family laid his Father, Harry Herbert Willats, to rest at, Islington Cemetery, Finchley, Middlesex, England, on the 23rd October 1929, in grave J/22123. He was buried with 15 others in an open grave.
I wonder why he wasn’t buried in the family volt?
You can read more about Reg’s Father Harry, here, here and here. 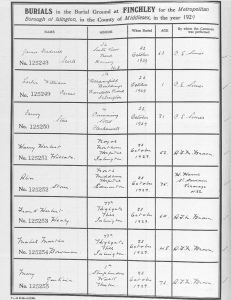 This is where Reg’s story finishes for a while, pop back next week to read all about his life, as a married man and head over heels in love with Eileen May O’Connor. 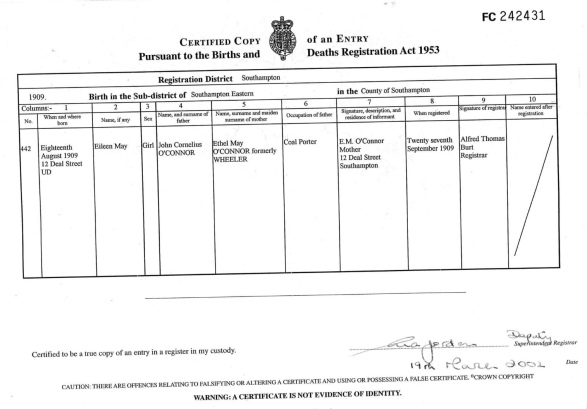 Eileen, was baptised at, St Mary’s Church, Southampton, Hampshire, England, on the 8th May 1909. 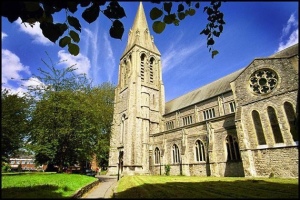 On the 2nd April, 1911,Eileen, Ethel and John, were living at number 4 Crosshouse Terrace, Southampton, which was a dwelling of only 3 rooms.
John was 37 years old, Ethel 24 and Eileen was just 1.
John was working for a Coal Marchant as a Coal Porter.
Ethel and John have been married 2 years, they have 1 child born living and 1 child still living. Ethel was pregnant with their second child. 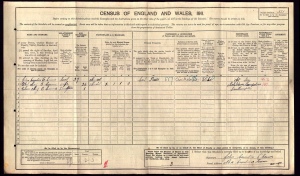 Eileen’s sister and one of her closest companions throughout life, Dorothy Rose Emily O’Connor, was born on the 4th May 1911, at Number 4, Cross House Terrace, Southampton, Hampshire, England.
John was working as a Coal Porter.
Ethel registered her birth on the 14th June 1911.
The registrar was, Alfred Thomas Burt. 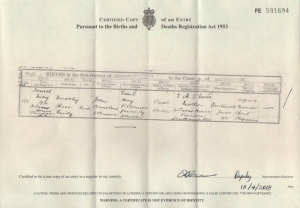 Dorothy Rose Emily O’Connor, was baptised on the 2nd June 1911 at St Mary’s, Southampton, Hampshire.
John is working as a Coal Porter and the family are residing at 4 Crosshouse terrace, Southampton.
Dorothy would later marry, Harold A E Croucher in the December quarter of 1933 in Southampton.

On the 4th of December 1913, Eileen welcomed a Sister, Kathleen Eleanor Florence O’Connor, into the world. She was also born at 4 Crosshouse Terrace, Southampton, Hampshire.
John was still working as a coal porter.
Ethel registered her birth on the 7th January 1914.
The registrar was, Alfred Thomas Burt.

By 1915, the O’Connor family have moved home, just a few doors away to number 11, Crosshouse Terrace, and on the 2nd of July, Eileens Brother , Patrick John O’Connor, was born.
John was still working as a Coal Porter.
Ethel registered his birth on the 12th August 1915.
The registrar was, Alfred Thomas Burt.

Patrick John O’Connor, was baptised on the 25th August, 1915, at St Mary’s Church, Southampton.
Patrick would later marry, Violet Elizabeth M Long, in the December quarter of 1939 in Southampton.
Violet is related to my Dad’s Paternal Family.

A few years passed, it’s now 1918, Eileen and her family were still living at Number 11, Crosshouse Terrace, Southampton.
Once again they welcomed a new arrival into their humble home.
Norah Margaret O’Connor, was born on the 3rd May, 1918 in the Southampton district, I assume at 11 Cross Terrace, Southampton, Hampshire, England.

The family was now rather large, money must have been tight as the family grow in size.
The Great War was over.

It’s 1920, and the O’Connor family were still residing at, number 11, Crosshouse Terrace. Life must have been returning to normal after the war, as once again Eileens Mum, Ethel, finds herself expecting.
On the 17th November, Brennan Cornelius O’Connor was welcomed into the world.
He was born at Number 11, Crosshouse Terrace, Southampton, Hampshire, England.
John was still working as a Coal Porter.
Ethel registered Brennan’s birth on the 8th February 1921.
The registrar was, Alfred Thomas Burt. 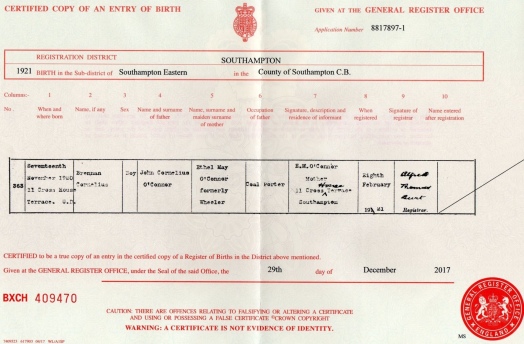 Brennan, married Joan Lillian Jane’s Van Rensburg in South Africa.
Unfortunately I do not have a date for their marriage. He had 10 children and returned to England, followed by one of his Sons, Brennan Patrick O’Connor.

I can only imagine how wonderful life would have been surrounded by so many siblings, all looking out for one another, learning and experiencing life. How I wish I could go back in time and have a wee peek through their window and watch how they all spent their days.

Eileen’s Mum Ethel, childbearing days are still not over, she once again was expecting a baby.
She gave birth to Molly E O’Connor, on the 3rd May. 1923 in Southampton, Hampshire.

Molly would later marry, Anthony Diamond Rogers, in the December quarter of 1944 in the Southampton district.

That’s it for now, but please pop back next week to find out all about Reg and Eileen’s life as a married couple, read about their daughter, my Nan’s memories and how death didn’t break a love as strong as theirs.
Too-da-loo for now.

I have brought and paid for all certificates throughout, Intwined.blog
Please do not download or use them without my permission.
Thank you.

...just a simple guy addicted to crochet and knitting...