Week 10, only 42 to go.
It has been a hard one this week, not the research but finding the energy to sit for hours upon hours, staring at a computer screen. When you feel a tad under the weather, its hard to stay focused, but more so, to have the willpower to carry on a task you’ve set yourself.
I always knew that some weeks were going to be harder than others, especially when I’m already struggling with every day tasks due to not feeling well. I also knew that writing about some ancestors would be a challenge because not every single one will pull on your heartstrings.
I knew that my dads side was always going to be harder as I haven’t heard my grandparents or great grandparents telling stories of theirs lives.
I really do struggle with that, I so badly want to hear all about their memories, I want to see their eyes alight as they talk about their loved ones, I want to be able to feel the love that they hold in their hearts for their nearest and dearest.
Fate threw us the worst hand possible, when my dad was cruelly ripped away from us, not only did we lose our dad, we lost all the memories we could have made, the love, pride and understanding that everyone should feel from their father.
We also lost his memories and his stories that I so long to hear.
I wish I could phone him up and tell him all about what I’ve discovered, I wish I could ask him nicely to have his DNA tested, that we could both eagerly await the result to hit our email accounts. It hurts that I can’t have that with him but that is why I have to fight against the days I feel to rotten to sit and write these blogs, to re-reseach the facts, to look through the newspaper archives in hopes they shed a little light on who these people really were, to try to understand their characters, to get to know them. It’s my only way to keep him close, to learn about his family, my family.

At the end of the day, family is the most important thing in my life and I can’t fail them, by failing myself.  I want to make them proud, and I hope that dad is somewhere up there, looking down on me with a smile on his face and a belly full of pride.
So anyway, that brings me to this weeks ancestor, my dads, great great-grandfather, Henry Carr.

Henry Carr was born about 1830 in East Tytherley, Hampshire, England to John Carr and Elizabeth Foot. 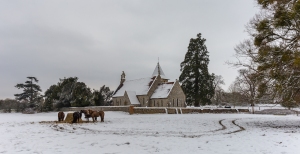 He was christened on the 14th March 1830 at St Peters Church, East Tytherley, Hampshire.

In 1841 he was residing at Cottage, East Tytherley, Hampshire, with his father John, his mother Elizabeth and his siblings John, Elizabeth, George and William.
Henry father is working as a Sawer.
The Carr family are living next to Mr Joseph Pragnell and his family and Mr James Olding and his family. 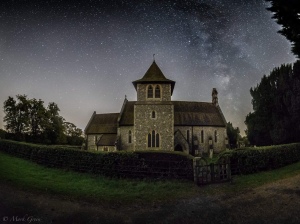 Caroline signs the register with an X.
Their witnesses are Cornelius Prangell and Sarah Olding.

Caroline must have been pregnant at the time of their wedding as their first child, Elizabeth Carr is born on the 14 March 1852 at Lockerley, Hampshire.

By the 1851 census, Henry, Caroline and their daughter Elizabeth are residing at Lockerley Green, Lockerley, Hampshire.
Henry is working as a Sawyer. Their neighbors are James Bettridge, his wife Dinah and son in-laws Charles and John Curtis, also James Day, his wife Caroline Day and their cousin Hannah Paddock.

On the 7 May 1853, Henry and Caroline welcome their first son into the world. George Henry Carr was born at 6 James Street, Southampton, Hampshire, England.

Henry is still working as a Sawyer.

On 14 Sept 1855 Henry and Caroline have a baby girl, Jane Carr born at East Tytherley.

Ellen Carr is born on the 24 May 1858 at East Tytherley.
Henry’s occupation is still a Sawyer.

The new census year has arrived and welcomes a new baby girl into the Carr clan. Charity Carr was born on the 25 January 1861 at East Tytherley.

The 1861 census has been taken and we find Henry, Caroline, Elizabeth, Charity, Jane, Ellen and George living at Number 7 Mr Goldsmid Common, East Tytherley, Hampshire. Henry is working as a Sawyer of wood.
They have family very close to hand as the census shows Henry’s father John, his mother, Elizabeth, his bother William and William’s wife Eliza Carr nee Noyce living next door at number 6.
Their others neighbors who are living at number 8 are, James Arthur, his wife Mary and their son William.

On June the 4th 1862, Henry’s father John Carr passes away in East Tytherley at the age of 75. John Carr’s cause of death is Dropsy, swelling of soft tissues due to the accumulation of excess water. Amelia Pragnell Registers his death.

Sadness is short lived as 1863 brings a little joy when Henry and Caroline welcome a new daughter, Emily Carr, born on the 8th November 1863 at Cherville Street, Romsey, Hampshire.

Henry has changed his occupation to a Sawyer, Journeyman.

By June 1866, Henry is a Sawyer Master and the family are residing at Latimer Street, Romsey, Hampshire.

The family once again increases in size as Caroline gives birth to Matilda Carr on the 6th June 1866.

It’s once again time for the census which finds the Carr family residing at Mainstone, Romsey Hampshire, England, in 1871. Henry is still working as a Sawyer.

Two years later, Caroline gives birth to her 7th daughter, Fanny Carr. She was born on the 22nd September 1873 at Mainstone, Romsey, Hampshire.
Henry is working as a Sawyer Journeyman.

The year 1877 sees the death of Henry’s mother Elizabeth Carr nee Foot. She died on the 9th June 1877 at East Tytherley, of natural decay at the age of 85, not bad innings.

Joy follows with the birth of Henry’s and Caroline’s 3rd son Frederick Carr, known as  Frank Carr. He was born in the December quarter 1877 in Romsey.

Caroline’s childbearing years are over, I’m sure she is pretty relieved after having 10 children, I know I would be.

They have a Lodger living with them called James Norman, from Bucklands, Dorset, England.
Their neighbours are William Brown, his wife Clara and their children Nelly, William and Rose.

In 1891 they are still living at the same address, named now as The Old Toll House, Southampton Road, Romsey, Hampshire. The brown family are still their neighbours and Henry is still working as a Sawyer.

Ten years on and, all their children have flown the nest, Caroline finally has a little time to herself as Henry works hard as a, yes you guessed it, Sawyer.

Henry dies on the 4th November 1906 from General Decay. His son Frederick/Frank is present at his death and is also the informant.

Henry was laid to rest on the 7th November 1906 at Romsey Cemetery, Botley Road, Romsey, Hampshire, in grave number L78. 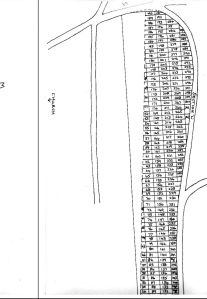 I can only imagine, how manic, Henry’s life would have been, with his wife Caroline and 10 children to clothe and feed. How on earth he got to the grand age of 77, I will never know but then again us Carr’s/Newell’s are made of strong stuff, we bounce back and get on. It’s nice to know where our strength must have come from and I pretty glad I inherited just a little part of it, even though I’m pretty damn useless with a saw. 🤣